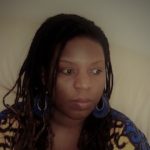 The Murder of Emil Coetzee

On the eve of his country’s independence a plan is put in motion to make Emil Coetzee’s suicide look like a murder. However, instead of a suicide being made to look like a murder, a murder is committed and made to look like a suicide. Who would want to kill Emil Coetzee and who would want him to be remembered as a weak man who took his own life? When Spokes Moloi comes to investigate his first “white case” he finds not only a very confusing but confused crime scene. Having recently been promoted to Chief Inspector, it is up to Spokes, as he successfully uncovers whodunit, to unravel not only the messy crime scene left in the wake of Emil’s death, but also the messy life that Emil left in his wake.