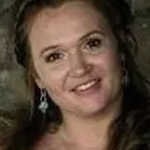 Karen Jennings is a South African author. In September 2015 she moved to Sao Paulo, Brazil with her Brazilian husband. Karen holds Masters’ degrees in both English Literature and Creative Writing from the University of Cape Town. In early 2015 she was awarded a PhD in English Literature from the University of KwaZulu-Natal – part of her thesis involved writing a full-length creative non-fiction manuscript. Her debut novel, Finding Soutbek, was published in 2012 by Holland Park Press and went on to make the shortlist of three for the inaugural Etisalat Prize for Literature in 2014. Away from the Dead, a collection of short stories published by Holland Park Press in 2014 was longlisted for the Frank O’Connor International Short Story Award. Karen has been fortunate enough to have travelled the world as a resident writer in India, Uganda, Denmark and the Netherlands. These residencies have allowed her to engage with other writers and cultures, find inspiration and make lifelong friends.

The novel that I propose to work on is set on a (fictitious) tiny rock-dominated island off the coast of an unnamed southern African country. The island is inhabited by a population of one – the keeper who mans the lighthouse that has been constructed on the island. The simple routine of the keeper’s life is altered when a storm results in an injured man washing up on the island. The two men do not speak the same language, yet the man is able to convey that he is a refugee. In short, the novel will concern itself with what it is to be a refugee – specifically an African one (this in a time when African refugees are being side-lined in favour of those from other continents) and the relationship between “invader” and “xenophobic landowner”.