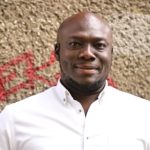 A Concubine and a Slave

Set in the Ningi mountains (in what is now Bauchi State in northern Nigerian) between 1847 and 1903, A Concubine and a Slave examines the intersection between the lives of a woman who escaped the orthodoxy of the Sokoto Caliphate after becoming the ‘concubine’ to an emir and that of a ‘dan daudu and Bori practising ‘slave’ who was sold to a large slave holding family in Ningi. Sadiya, the ‘concubine’, older and wiser, takes in Ahmadu a young ‘dan daudu suffering from epilepsy but believing his epileptic bouts to be episodes of spirit possession. Set against the backdrop of the largely successful 50 year historical rebellion of the Malams of Ningi against the Sokoto Caliphate, the novel explores the lives of ordinary people, particularly those who lived on the fringes of Hausa society: independent women, gender non conforming men, enslaved persons and those who quietly challenged the authority of the powerful Sokoto Caliphate and its orthodoxy.

Sadiya, the daughter of a muslim scholar who, following a raid loses his family to slavers, is a devout and literate poet who closely followed the work of Nana Asmau, the revered daughter of the founder of the Sokoto Caliphate, Usman dan Fodio. She escapes being emir’s concubine after his sudden death. The Ningi rebellion allows her to remain far away from her former base in Kano and live in relative anonymity among the community of cultural ‘deviants’ of Bori adherents, karuwai [independent women] and ‘yan daudu. She chooses not to marry and carries on her study of religion and her writing of poetry.  She meets Ahmadu, who used to be beloved of a master who appreciated his involvement in Bori spirit possession but was sold to a less tolerant master who forbade his practice of Bori. Ahmadu escapes and travels from village to village trying to escape detection until he ends in the Ningi mountains where he meets Sadiya who takes him in. An unlikely friendship develops —  Sadiya, although rebelling against the patriarchal obligations of marriage and family is still a devout Muslim and Ahmadu is a nominal Muslim who lives for his community of spirit possession “heretics” and whose sexuality challenges the norm. They grow closer as they realise that in fact, they want the same things: freedom and self determination.

A Concubine and a Slave is a historical novel following the mountaineer, slave raiding rebellion which was feared by cities such as Zaria, Bauchi and Kano, beginning in 1846 with the “hijra” of a group of Malams protesting a harsh tax regime of the Kano Emirate. It looks at the fragility of the Sokoto Caliphate and the lives of people who do not ordinarily make it into historical accounts of the glory of empires. It is story of love, friendship and faith.